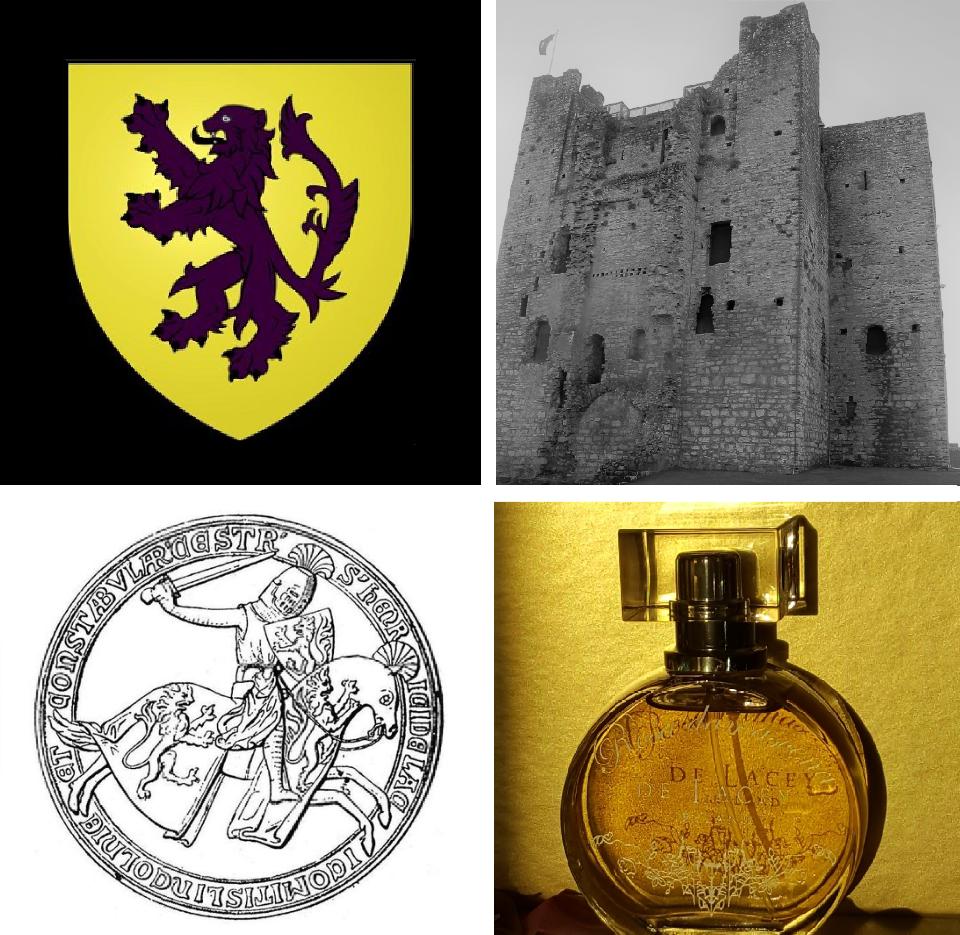 Joan de Lacey is a direct descendant of a de Lacy. Originally from Lassy in Northern France, the de Lacys took part in Norman Conquest of England in 1066 and following the invasion of Ireland in 1171, Hugh de Lacy was granted the title of Chief Governor of Ireland by Henry II and the Kingdom of Meath, where he built Trim castle.

The romance of the age of chivalry, knights and and maidens is captured in the painting by Hildebrand, the Meeting on the Turret Stair exhibited at the National Gallery of Ireland.